How A Luxury Airliner Became The Deadliest Bomber Over The Atlantic 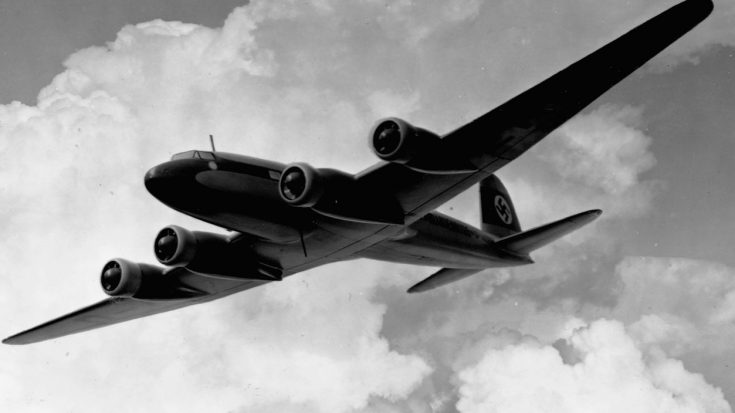 (Library of Congress/Corbis/VCG via Getty Images)

The Focke-Wulf Fw 200 Condor is truly a beautiful aircraft in so many ways, with great design and function it has so much to offer. Originally conceived as a luxury airliner once considered the most advanced in the world, the war saw it transition into the role of a bomber.

The Condor made the leap from a luxury airliner to bomber at the request of the Japanese who sought a high flying bomber. So designer Kurt Tank outfitted the Fw 200 with bombs allowing it to become a maritime bomber and reconnaissance aircraft. The Fw 200 was never actually delivered to the Japanese and remained in Germany. It served as a supporting role for the Kriegsmarine locating Allied Convoy ships and bombing them before relaying their locations to u-boats.

Transitioning the Condor into a combat role proved highly effective towards destroying transport boats. Even Winston Churchill called the Fw 200 “The Scourge of the Atlantic” due to its high kills against shipping convoys.

“Despite the successes, they were used mainly in situations where combat was not expected because of an order from Adolf Hitler that their numbers must be preserved. After such an order, they started seeing more transport than combat duties.”

The Fw 200 was never there to win battles but to support them and as better bombers were developed it returned to its original role of passenger and cargo transport. To get a glimpse of the Focke-Wulf Fw 200 in Maritime combat just check out this clip for some rare archival footage.