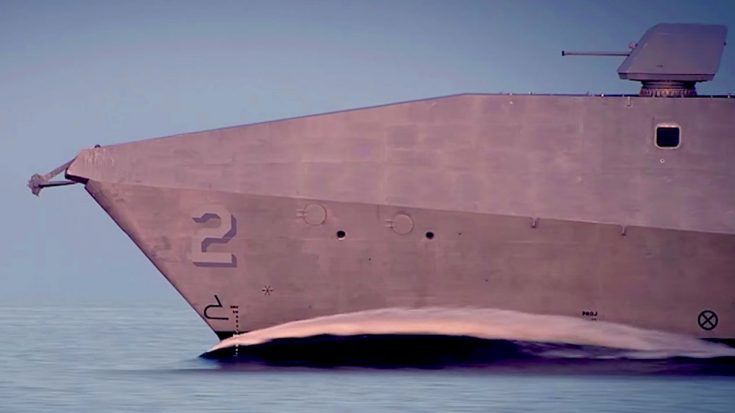 The United States Navy’s Litoral Combat Ships are very versatile ships with a wide range of roles. The LCSs can take on everything from surveillance, reconnaissance, anti-surface and anti-submarine warfare. These ships patrol coastlines and reach an incredible top speed of 45 knots (52 mph) as they cruise along the seas. It is really unusual for such large ships to attain such a high speed, so where does it all come from?

The short and sweet of it is the design of the of the Littoral Combat Ship, is simply engineered to tear through the water. It shares several properties with trimaran racing boats and features a bow designed to pierce the waves and a hull that widens. It also has two beautifully designed outriggers which add to the stability of the ship while making high-speed turns.

Although the Littoral Combat Ship is fast and agile, not everyone is a fan. Many have voiced their concerns over the speedy ship because it only patrols coastlines rather than the high seas. The LCSs are also under orders to not engage hostiles directly and while their aluminum frame adds to their speed it doesn’t provide much on the defensive side and burns rapidly if struck by enemy fire.