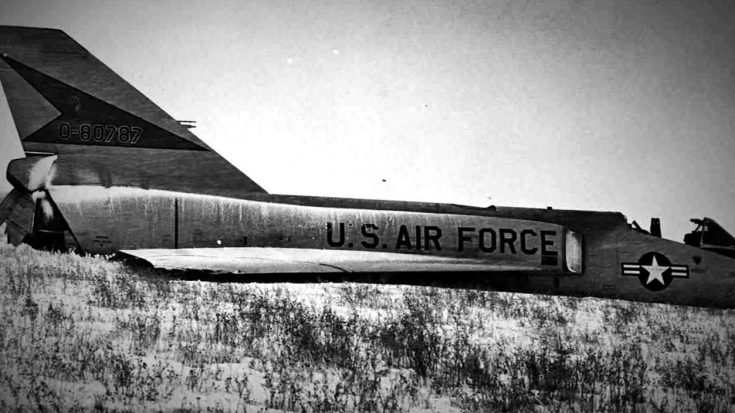 The headlines called it the Cornfield Bomber although it’s actually just an ordinary Convair F-106 Fighter. It may be an ordinary fighter but it was able to pull off an almost impossible feat. This jet survived a crash landing without suffering any damage after ejecting its pilot.

In 1970 during a combat maneuvering exercise, Captain Gary Faust’s jet lost control and entered a left-hand turn flat spin. Despite emergency maneuvers, Faust was unable to regain control of the descending fighter and was forced to eject. Out of harm’s way, Faust was able to land safely in the mountains where he was rescued by locals. However, something incredible happened after the ejection.

“Immediately after I ejected, the airplane went completely nose down and recovered from the spin and flew off.”

The propulsion from the ejection seat actually managed to adjust the weight and gravity. While the emergency maneuvers had set the F-106 into “takeoff trim” settings which let it glide perfectly. It landed on a field covered in 6-inches of snow providing a cushion for the impact. After recovery and some minor touchups, the jet was able to resume flight shortly after. Major Gary Faust provides a demonstration of his near-death experience that led to a once in a life landing.