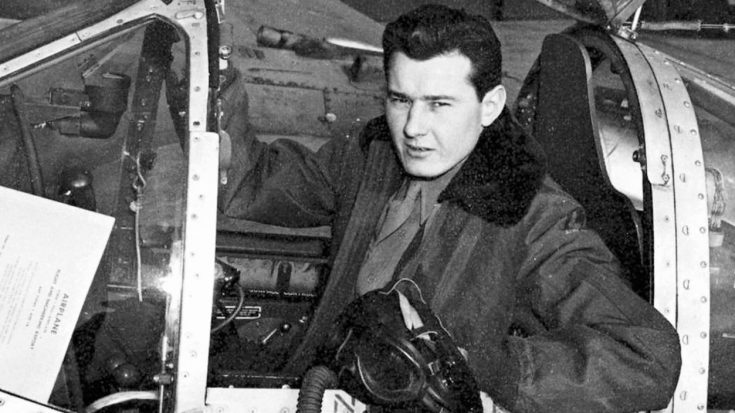 Aviation Legend Bob Hoover was born and raised in Nashville, Tennessee as a simple guy with a passion for flight. His career covered everything from fighter planes, experimental aircraft, airshow stunts and he will always be known as The Pilot’s Pilot. When America was pulled into WWII Bob took to the skies to serve his country and brought back some stories to tell.

In 1944, Bob Hoover was flying a Spitfire for the 52nd Fighter Group. During his 59th combat mission, his fighter malfunctioned and was shot down by a Focke-Wulf Fw 190 over Southern France.

Miraculously, Hoover was able to survive the crash with some incredible flying skills. But his lucky streak was short and he found himself captured by German soldiers and taken to a prison in Barth, Germany. For the next 16 months, Bob Hoover endured the horrid conditions of the POW camp.

As WWII was nearing its end, the camp guards began to dwindle in numbers as Allied troops advanced. Despite orders from General Eisenhower to wait for rescue, Hoover saw his chance at freedom. Along with some other prisoners, they staged a fake fight to distract the guards and amid the chaos Hoover jumped over the fence and escaped.

Hoover soon found safety at a nearby farmhouse where a woman was kind enough to offer his first decent meal in months. As Bob left, the woman gave him a pistol knowing he would need it. He made his way across Germany before stumbling upon an airfield, where he saw his chance to get back into the skies.

“We ran across this airfield and all the planes were damaged or unflyable. But I found one that had a lot of damage but it was full of fuel. I got in the cockpit, didn’t have a parachute but I was in there and I was going and got the engine started. I took off, I didn’t even go to the runway, I went out right across the grass and got airborne.”

Bob made his way back to Allied territory without getting shot down in an enemy plane. We can be thankful that Bob Hoover was brave enough to make that daring escape and went on to live a long life as the Pilot’s Pilot. He recalls the story of his daring escape in this short interview.