How Exactly Did The Soviet Army Lose So Badly To Finland? 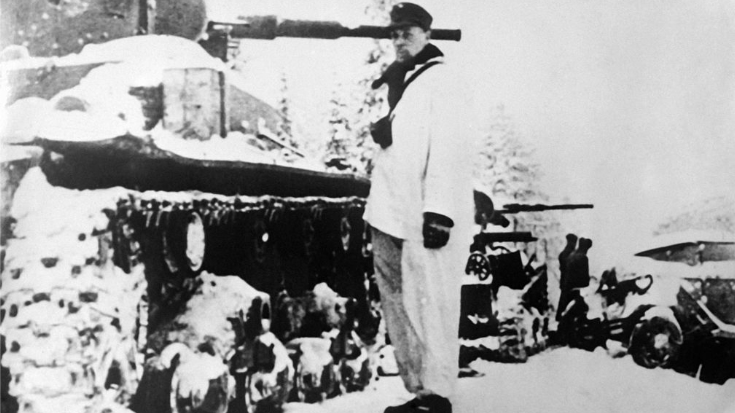 (Photo by Keystone-France\Gamma-Rapho via Getty Images)

Throughout history, there have been many David and Goliath stories that demonstrate that the small can overcome giant adversity. The most iconic example during WWII was the conflict between Finland and the Soviet Union known as the Winter War. Outgunned and outnumbered, the Finnish Army triumphed over the Red Army but how exactly did they achieve this victory?

The Red Army brought weapons suited for open areas and encountered densely forested terrain rendering them all but useless. Soldiers dragged along heavy anti-tank artillery but did not encounter any tanks from the Finnish Army.

Soviet tanks were plentiful, but open roads allowing them to travel were not. Soviet armored vehicles began traveling the only paths they could, which were often covered in mines. Tanks that did not meet their fate from booby traps were still vulnerable to ambush from civilians using Molotov cocktails.

Finland, on the other hand, was very prepared for a conflict in their own territory. The weather worked to their advantage as Finland’s soldiers launched sneak attacks on skis while the Soviets struggled to press through snow that could sometimes reach up to a man’s neck. Their troops wore white providing camouflage while the brown Red Army uniforms made them easy targets. Simo Haya, the world’s most successful sniper racked up over 500 confirmed kills against Soviet soldiers.

In simple terms, a sheer sense of overconfidence proved to be the undoing of the Soviet Union. They expected a swift victory within two weeks, but instead, they encountered problems and a fierce resistance. This video provides a more inclusive examination of the poorly executed Soviet invasion during the Winter War.