How Exactly Was The Fighter Plane Created? 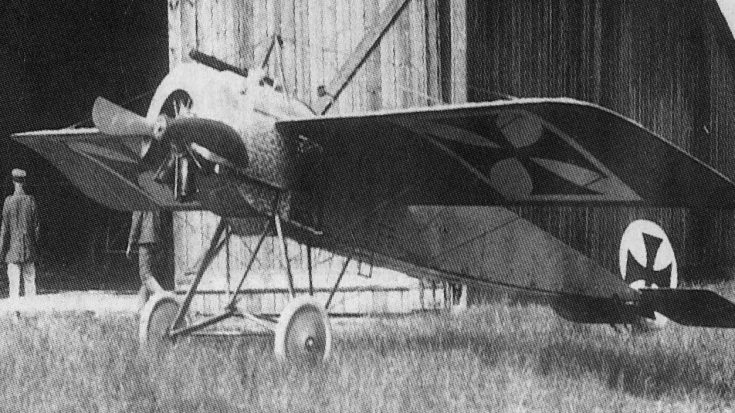 This Day In Aviation

World War I was the first major conflict that saw the use of airplanes. Pilots were known to use pistols and rifles against enemies while in flight, but this was proven to be too dangerous and inaccurate. A French pilot named Roland Garros would soon change the world of aviation towards combat.

Garros had become famous in 1914 when he crashed his airplane into a German Zepplin, its destruction is considered to be the world’s first aerial battle. But on April 1st, 1915 Roland Garros would innovate the world aviation history again when he mounted a makeshift machine gun to his plane. The crude design fired through the propeller blades which were given armor plating to prevent damage.

Roland Garros’ plane-mounted machine gun successfully shot down five German observation planes, making him the first ace pilot. Unfortunately, Garros encountered a string of bad luck when his plane malfunctioned on April 19th, 1915 and was forced down behind enemy lines. He was unable to destroy his invention before being captured by German soldiers.

After commandeering Roland Garros’ plane the German military sent it off to a nearby aircraft factory operated by Anthony Fokker. Within a 48-hour-period, Fokker had not only reverse engineered the technology but also improved upon it. Anthony Fokker developed a mechanism that allowed the machine gun to fire within rotations of the propeller blades to evade damage. The military quickly dispatched him to test his new weapon.

“My imagination could vision my shots puncturing the gasoline tanks in front of the engine. The tank would catch fire. Even if my bullets failed to kill the pilot and observer, the ship would fall down in flames. I had my finger on the trigger. . .I had no personal animosity towards the French. I was flying merely to prove that a certain mechanism I had invented would work. By this time I was near enough to open fire, and the French pilots were watching me curiously, wondering, no doubt, why I was flying up behind them. In another instant, it would be all over for them.”

Fokker found that did not have the stomach for using a weapon against an opponent. Lieutenant Oswald Boelcke was instructed on the basics of the new plane and soon found it to be quite successful in taking down enemy planes.

The German military was enthusiastic about the results and Fokker set to work improving upon the design and the fighter plane was born. This led to the Germans gaining air superiority during World War I in a period called the Fokker Scourge. Here is a brief clip on the first fighter planes and a look at how the Fokker interrupter mechanism works with a machine gun.