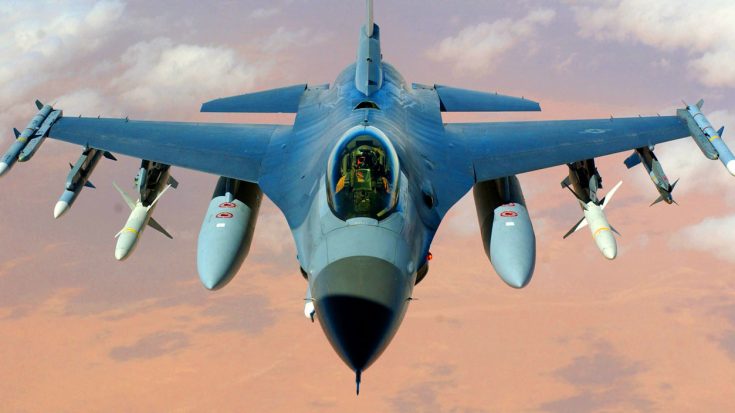 The F-16 Fighting Falcon has been a mainstay of the United States Air Force for nearly 40 years and continues to win battles left and right. The F-16 comes with a great arsenal of onboard weaponry which can include bombs, rockets, missiles and rotary cannons to name a few. However, one of the most surprising weapons this fighter has its speed and actually has been able to use a sonic boom as a weapon.

In March of 2003 during the Second Iraq War, British troops found themselves to be vastly outnumbered by Iraqi forces. As many as 500 Iraqis pinned down the British soldiers and forced them into a do or die situation. They had no choice but to call for backup and bring in an airstrike to clear the situation.

A pair of F-16s were brought in to save the day, but it was night and the pilots couldn’t gain a clear visual on the hostiles. Rather than risking attacking their own allies, they decided to pull off an even bigger risk. One of the pilots flew down towards the ground at supersonic speeds then pulled up creating a massive sonic boom at the Iraqis.

As insane as it sounds, it was a miracle that this trick actually worked. The Iraqi forces thought they were being bombed and quickly ran for cover allowing the British troops to gain ground and save the day. We Are The Mighty goes into deeper detail of this crazy story in this clip.