How Imperial Japan Reacted When They Captured A Japanese-American Soldier 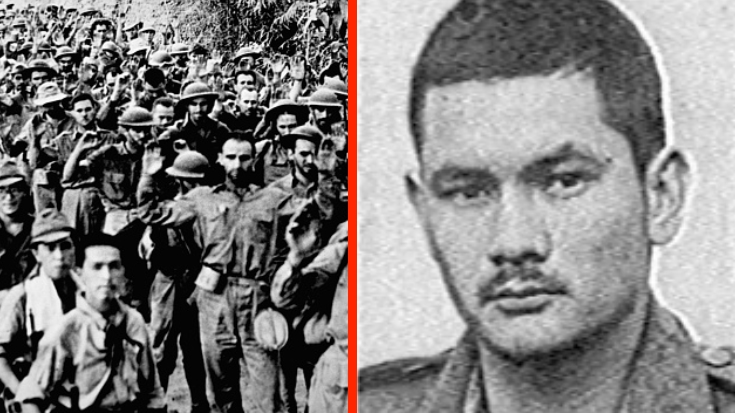 When the United States went joined WWII, volunteers from all over the country stepped forward to support the war effort. Several people of Japanese descent joined the war effort against Imperial Japan and fought in the Pacific. It came as a surprise the forces of Imperial Japan when they captured a Japanese-American soldier.

Military recruiters were open to having those of Japanese descent join the war effort as long as they swore loyalty to America. They would have to answer “yes” to Questions 27 and 28 swearing their willingness to fight and to aid the United States.

The US Army accepted Japanese-Americans into their ranks but segregated into the European Theater of War to avoid being confused with the enemy. However, due to the high numbers of recruits, some Japanese-American soldiers were not filtered through the process and sent to the Pacific. Although there were over 6,000 Japanese-Americans who volunteered their services as soldiers and translators and intelligence services.

Frank “Foo” Fujita was a Japanese-American soldier who was not drafted into a segregated combat unit and sent to the Pacific. During the Battle of Java in February 1942, Frank was captured by Japanese forces and put into a POW camp.

After a year, Frank Fujita’s captors realized that he was Japanese and it sparked their curiosity. They separated him from the other wondered why a Japanese man would fight for the enemy? Fujita was interrogated and given a chance to defect, but he resisted insisting that he was “100% American.” At this point, the Japanese forces attempted to use him as a radio broadcast propaganda tool, but he feigned stupidity.

“I was already writing such juvenile stuff that it was completely unusable. [I] had misgivings and problems with our conscience about writing anything for an enemy nation.”

– Frank Fujita (Foo: A Japanese Prisoner of the Rising Sun)

On August 29th, 1945, Frank and a group of POWs were liberated and he returned to the United States. Fortunately, he kept of diary of events that occurred and provided it to the US Government to prosecute suspected war criminals. Frank Fujita was only one of two Japanese-Americans captured taken as a POW by Imperial Japan during WWII.