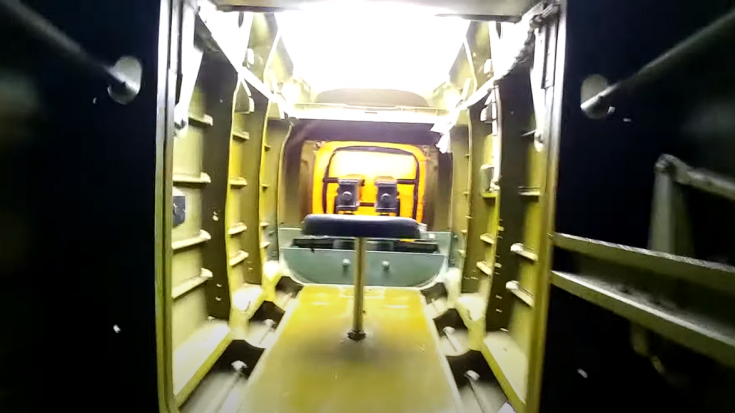 From Prone To Sitting Down

B-25 Mitchell tail gunners have come a long way since the first tail gun design. In its initial production version, the B-25’s tail gunners had to go prone to fire their weapons. Subsequent modifications to the aircraft finally gave the tail gunners a bicycle seat which was a huge improvement.

To make their lives a little less miserable, a rear heater was mounted aft of the left waist gun window. The hot air from the rear heater could defrost the windows of the waist and tail gunners.

For what it’s worth, B-25 tail gunners had the quickest way to bail out. The center overhead section of the tail gunner’s canopy could be used as an escape hatch in perilous situations.