How The Aggressor Squadron Makes “The Baddest Kids On The Block” 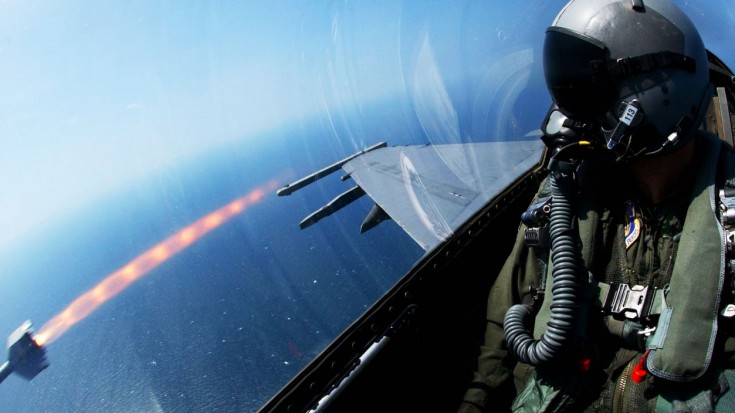 If You’re Going To Be The Best, You Train With The Best.

There are pilots and there are fighter pilots. The distinction between the two comes down to what you’re about to watch in this video. Once you get your wings, it’s time to train and test you out in a combat/dogfighting situation. That’s where you learn what you’re really made of.

The first use of Aggressor Squadrons can be traced directly back to World War II when pilots would fly captured aircraft and spar against each other for practice.

That’s where the Aggressor Squadron comes in. Combat proven aviators jump into their foreign marked jets (typically F-16 or F-18s), put on their red aggressor helmets and wait for you up in the sky. As a trainee, you don’t know what to expect as one of the trainers said. They have a myriad of tricks up their sleeves and you’re just up there seeing what happens. Once and aggressor makes his move, you adapt, adapt and adapt.

The purpose of these exercises is to put new pilots through “challenging, realistic threat replications, training, tests support, academics and feedback.” In other words, make you learn air to air combat before you get yourself killed learning in the field. We hope you enjoy this footage, as it’s something we just learned ourselves and just want to pass it along.