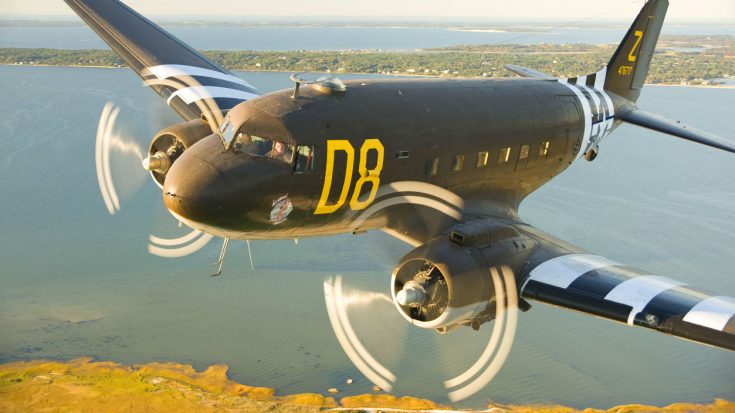 Paratroopers didn’t have an easy job, traveling through hostile skies only to jump out into hostile territory. It would do them no good if they were shot down along the way, so they needed a reliable plane to get them there. For paratroopers, there was no transport plane more reliable than the Douglas C-47 Skytrain.

The C-47 had a reliable reputation for getting paratroopers to their drop zone, it played a pivotal role in the invasion of Normandy dropping over 50,000 troops. It soared at a height of 26,400 feet at a speed of 224 miles per hour while transporting 28 troops. Despite its strengths, it earned the unfortunate nickname The Vomit Comet due to the bumpy ride it gave when reaching its destination.

“Every branch of the U.S military and all the major allied powers flew it. The U.S. Navy version was the R4D. The British and the Australians designated it the Dakota (a clever acronym composed of the letters DACoTA for Douglas Aircraft Company Transport Aircraft). The aircraft operated from every continent in the world and participated in every major battle.”

Its dependability is paramount, over 10,000 C-47s have been built and is still operated by nearly 100 countries. Weaponology has some great insight into the history of the plane that defined the paratrooper drop in this clip.