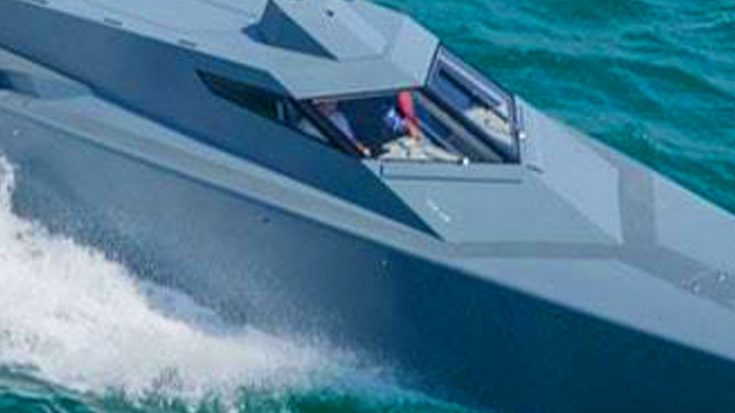 When it comes to naval warfare there are a few factors that lead to victory including power and speed. There are some very fast naval vessels out on the high seas but only can hold the title the fastest. That would be the WP-18 and at speeds over 65 knots, it holds the record for the fastest naval vessel on earth.

The WP-18 is an interceptor that redefines interceptor boats and is currently operating for operating in hostile waters. This speedy boat is able to conduct reconnaissance, combat missions, mine warfare and a variety of other functions.

“The WP-18 can be fitted out with a retractable remote weapons mount with a 30mm cannon. Uniquely for this type of craft, small SAM or SSM launchers in the bow.”

The sleek design absolutely shreds through the waters at incredible speeds and is making great strides as an anti-piracy vessel.

The speed and agility of the WP-18 is absolutely ridiculous, you just have to see for yourself in this clip. And it could just be the coolest looking boat ever.