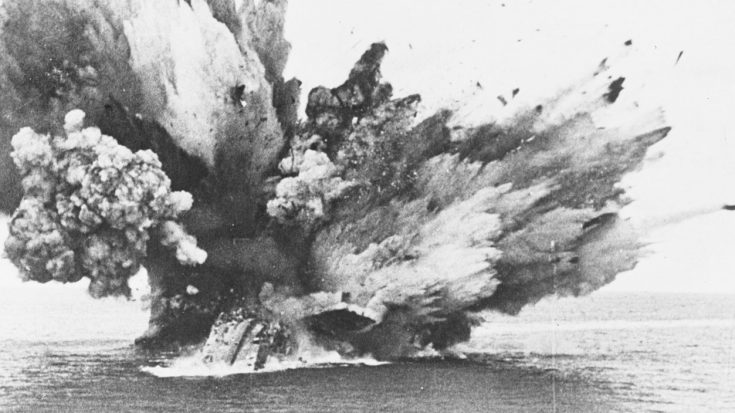 The United States chose to remain isolated in the early years of WWII as battles raged across Europe. President Roosevelt knew he couldn’t sit idly by while countless Europeans suffered, so he implemented the lend-lease act to provide supplies. However, supply crossing across the Atlantic Ocean were lambs to the slaughter, easy prey for the Wolves of the Atlantic.

German U-boats were those Wolves of the Atlantic, constantly on the hunt for cargo ships in the Atlantic Ocean. Often times cargo convoys would go unprotected by escorts and the submarines of the Kriegsmarine would launch torpedo attacks on unsuspecting ships.

U-boat crews knew that every little bit helps, so every downed vessel meant fewer weapons and supplies transported to Allied Forces in Europe. It got to a point where cargo vessels were being destroyed faster than they could be replaced, which led to the creation of Liberty ships which could be constructed in as little as 24 days.

“The only thing that really frightened me during the war was the U-boat peril.”

In 1941 U-boats managed to destroy over 2 million tons of cargo crossing the Atlantic Ocean. Even the East Coast of the United States felt the sting of U-boat torpedo attacks as cargo ships were sunk one by one.