How Underground Blasts Drastically Changed Our View Of Nuclear Weapons 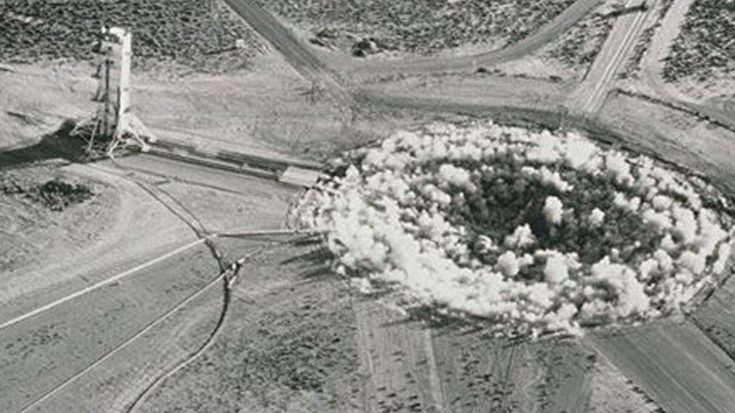 In the final days of WWII, the United States dropped two nuclear bombs on the cities of Hiroshima and Nagasaki to help force a Japanese surrender. The world turned its attention to nuclear weaponry as the Cold War intensified while America and Russia sought more powerful nuclear weapons. Every little bit is progress but the United States looked for more ways to test these bombs including under the surface of the Earth.

In 1957 the United States Government initiated Operation Plumbob to test a variety of nuclear weapons in several locations and their effects. One of the most problematic factors of a nuclear detonation was the lingering radiation. Researchers found that the mushroom cloud from a surface or atmospheric detonation left a deadly fallout, so they began to use underground tests as an alternative.

The first underground nuclear detonation was conducted in 1951 by digging a hole deep into the surface of the Nevada desert. The holes were then filled with concrete, sealed with steel barriers in order to lock in the blast. Findings from these blasts helped to study nuclear yield, which areas were contaminated and seismic activity produced by the explosion.

For a deeper look at the history of underground nuclear explosions check out this link.