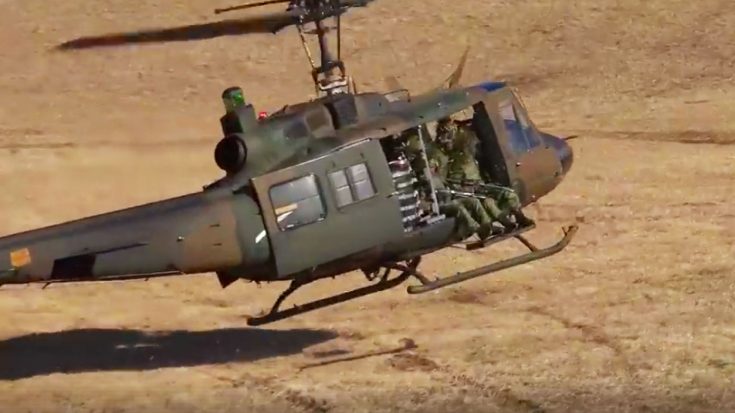 They All Nearly Ate It.

We all know that no matter what you do in life, practice makes perfect. This is pretty simple with many things you try, but when it comes to aviation or flying, in particular, your mistakes get exasperated because you’re in the air and going quite fast. A slight mistake or oversight might make you dead really fast so you have to make sure you’re on top of your game from day one.

Some pilots, however, still showboat treating their lives and those of others with little regard which looks like the case in the video below.

Judging by the markings, the Japanese Ground Self-Defense Force was practicing touch and goes with their UH-1 Hueys but one of the pilots came in a bit too hot. As you’ll see, he slammed the back of the helicopter down so hard the momentum carried the cockpit forward, nearly causing a rotor strike. Had that happened (the helicopter was also full of soldiers) you can only imagine the carnage?

Luckily that did not happen and they all went for another go, but man oh man, that could have been horrible.