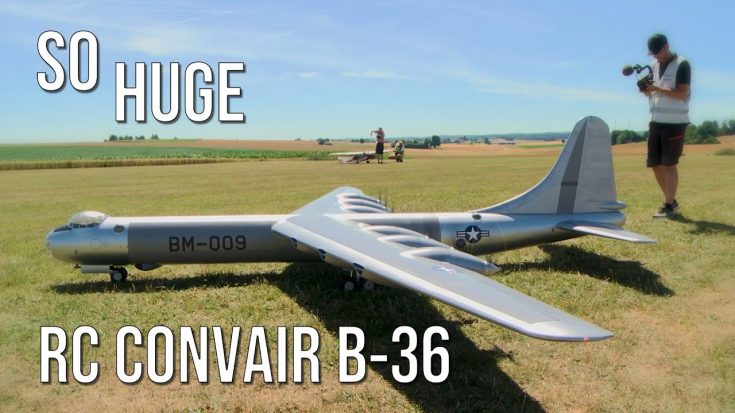 The Convair B-36 Pacemaker was a strategic bomber used by the United States Air Force between 1949 to 1959. It’s also one of the biggest long-range bombers of all time, with a wingspan of 70 meters and a length of 50 meters. The aircraft can lift a payload of up to 40 tons, and a top speed of 700 km/h.

The RC plane variant of the B-36 featured in the video is also enormous. The model had a wingspan of 5 meters and a length of 3.6 meters. Because of its massive wings, it could fly steadily. Even if it’s flying on air, it can’t be easily thrown off by slight gusts of wind. The pilot also did a smooth landing.

Do you think the RC plane variant looked as impressive as the original?