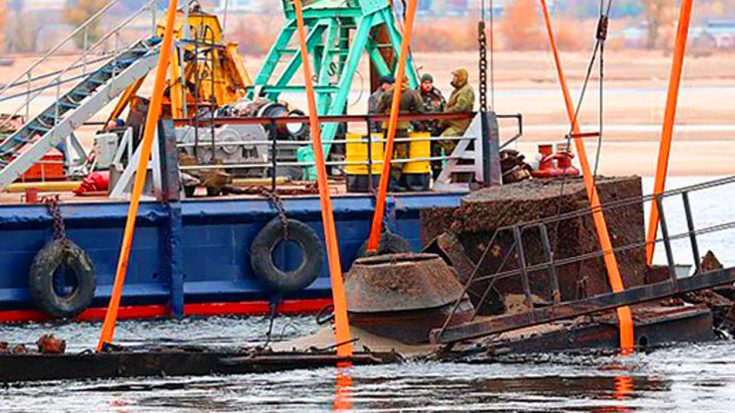 The Battle of Stalingrad was not an easy one, but it proved to be the turning point for WWII. The 7-month long battle between the Wehrmacht and the Red Army would be the last time that the Germans were on the offensive side before being driven back. Such a conflict leaves behind many remnants, many of which are still being discovered such as a 30-ton Soviet warship.

In 1942 in the heat of battle against the invading forces of Nazi Germany a Soviet BK-31 warship was gunned down the in Volga River. 73 years later a diver exploring the riverbed happened upon the remains of the once fearsome vessel. Attempts were made to bring the WWII-era warship to the surface but the layers of soil proved to be problematic in its revival.

“The uniqueness of the operation was the fact that the gunboat that was fully buried in sand was dug up and then cleaned completely underwater. We discovered that it was broken into three and thanks to that consideration we could lift it entirely.”

Crews discovered helmets, weaponry and a host of unique artifacts dating back to the Battle of Stalingrad. The link below shows the teams resurrecting this long-lost relic of Soviet Russia.