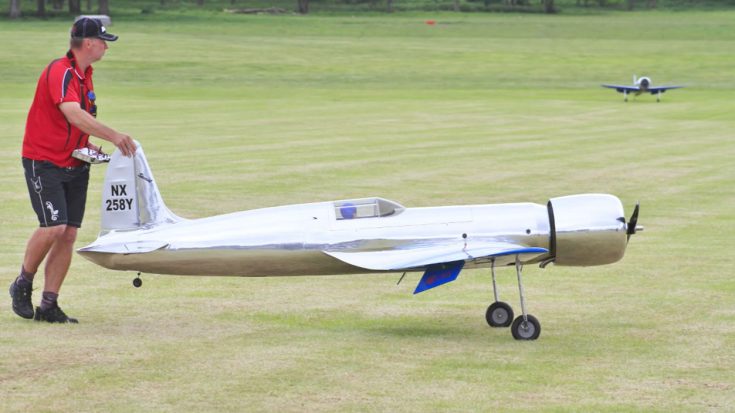 Well, here’s a rare one. Not only is the real aircraft little known (although it should be way better recognized), there was only one of them built. Luckily, some aviation fanatics out there decided to build a pretty sizable replica of it in Rc form, and they look and sound spectacular.

In 1935, Howard Hughes broke the land plane speed record, clocking in at 352 miles per hour.

For those of you who don’t know, the H-1 Racer was built by Hughes Aircraft and designed by Richard Palmer back in 1935. Hughes, an aviator among other things, wanted to break the world speed record and built this racer for exactly that. As you can tell, the entire plane was built with speed in mind.

Because of this endeavor, many technologies were developed which where then used by the other designers and engineers. One of the most notable new feature of this plane were its flush rivets. In order to streamline the plane and make it faster, a.k.a. more aerodynamic, the old habit of rivets sticking out between panels had to be done away with. Also, the plane featured retractable gear to further streamline the airframe and make the plane go faster.