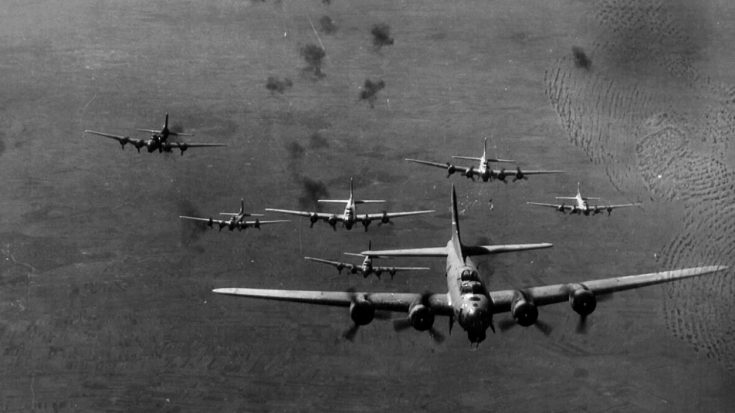 The clouds swallowed up the formation. Visibility was not much beyond the wingtips and it was impossible for the bombers to see each other. In an effort to create space, the trailing squadrons followed procedure and flew off course for two minutes.

Disaster struck. In an impossible sky, two 97th Bomb Group B-17s collided nearly head on with the 301st formation. It was utter chaos.

Sgt. James Raley had no way of knowing what had happened. All he knew was that he was falling.

“I knew we were spinning around because flashes of blue, green and brown kept flashing past…. I thought the whole ship was intact by the way it was twisting around and the time it was taking us to get down. I was praying, too. I was telling myself in another few minutes I’ll be dead.” -Sgt. James Raley

But then he landed and he was still alive. In fact, he was in surprisingly great shape for having fallen nearly four miles.

Miraculously, the bomber’s tail that had ripped off the B-17 with Raley inside had just the right lift and weight distribution for it to “float like a leaf” and land relatively softly. A clump of pine trees also helped. 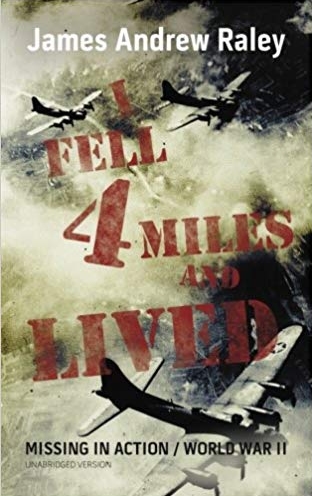 The disastrous accident destroyed eight B-17 and claimed 64 of the airmen. There were 17 survivors from those eight B-17s.  Raley was the only one to survive without a parachute.

After the war, Raley visited the families of all his crew members. He would then go on to marry Lorraine Lineberry Sudol, widow of Skippy’s co-pilot, 2nd Lt. Henry J. Sudol.

His story has been documented in his autobiography, “I Fell 4 Miles and Lived: World War II – Missing In Action” which is definitely something worth adding to your reading list. This amazing veteran turned his survival into a meaningful, full life – he retired with the rank of lieutenant colonel and is buried in Arlington National Cemetery after also serving in Korea and Vietnam.

Check out the video below for a look inside the tail gunner position on a B-17. It sure is a small space!