If This Is Unleashed On You, It’s Already Too Late 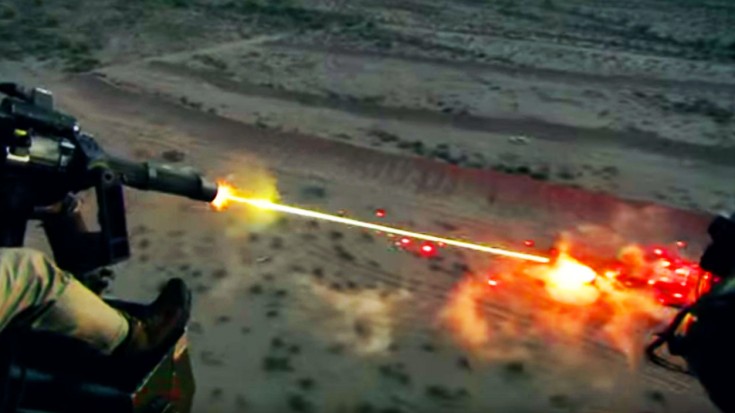 Able To Shoot Up To 6,000 Rounds A Minute, This Minigun Is Devastating

The Discovery channel decided to do a special about one of the most deadly yet portable weapons ever made. This particular one is actually an improved version of the original M134 which was designed by General Electric in 1960. Although the design is over 50 years old, this M134 Minigun is still in use today, especially after its recent improvements. The rate of fire of this minigun is possible because of its Gatling-style rotating barrels which are powered externally.

Nothing yells suppressing fire better than the roar of a M134.- T.V. Host

What makes the Dillon M134 better than earlier versions of this mini gun is its weight. Although over 10,000 of these guns were produced during the Vietnam War, over the years manufacturers stopped supplying parts and maintenance for them. During the 1990s, a company by the name of Dillon Aero got their hands on some of these guns and tried to fix them, only to realize that they could just start over and make them better. One major improvement was making the minigun using titanium, which reduced the weight of the gun by 21 pounds. This made it much more versatile, able to be mounted both on aircraft and ground vehicles as well.