If You Never Heard A Vulcan Howl, You Simply Have To 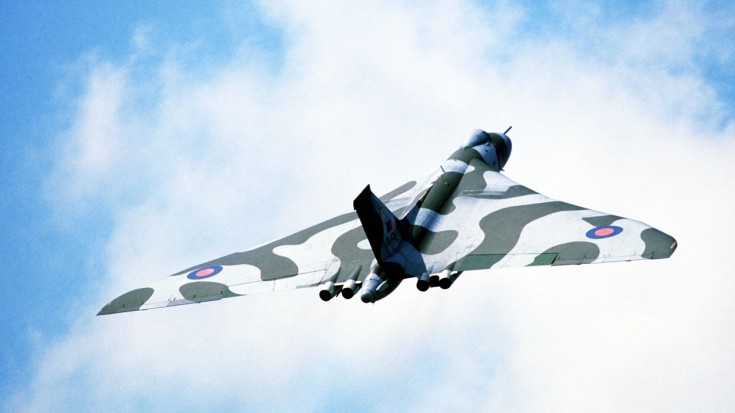 Just Don’t Blow Out Your Eardrums.

At the time of filming, this was the last airworthy Avro Vulcan in the world. As of now, she’s been permanently grounded as her airframe is stressed and there are no maintainers left that can take care of her anymore. She served well, but now we can only enjoy her on video. Sad, but at least we have that.

That sound is most clear when the engines are at 90% power, but even at slow speed you can hear it pretty well.

Believe it or not, these giant 83,573 lb. planes with a wing span of almost 100 feet first took flight just seven short years after World War II. Before then, the most technologically advanced plane of the World War II era was the B-29 Super Fortress, and not to knock it, the Vulcan in comparison is like a spaceship.

As you’ll hear in this video though, Vulcans have a very specific howl to them. Fitted with four Rolls-Royce Olympus engines, these two-spool axial-flow turbojets gave the Vulcan a maximum speed of 645 mph, just under Mach 1. Due to the the arrangement of the air intakes and the engines, these bombers have a distinctive sound to them. Check it out for yourself.