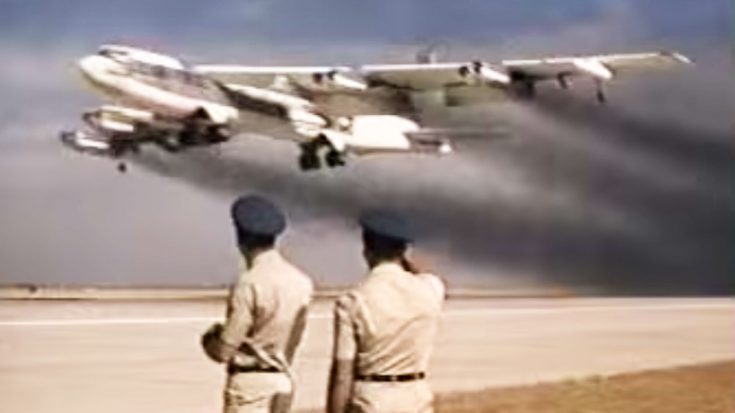 This fantastic little clip might be from a movie but guess what? Back when this movie was made there was no CGI. Do you even remember those days?

A Gathering of Eagles is a war movie from 1963. It’s about a Strategic Air Command wing commander that needed who needed to straighten out his crew during the Cold War era. There’s some romance in the commander’s life, some depression among his men, but in the end, he whips his command into shape and all is good. That’s about it.

What is interesting here is that without CGI, the part of the movie when they were doing MITO (minimum interval takeoff) exercises had to be actually done.

So, on the set, you actually had 5 B-52s full of necessary crew and they all took off roughly 15 seconds apart. Also, back then the engines were injected with water to generate more power for takeoff, so the whole area is covered in thick, black smoke.

This scene is really spectacular.