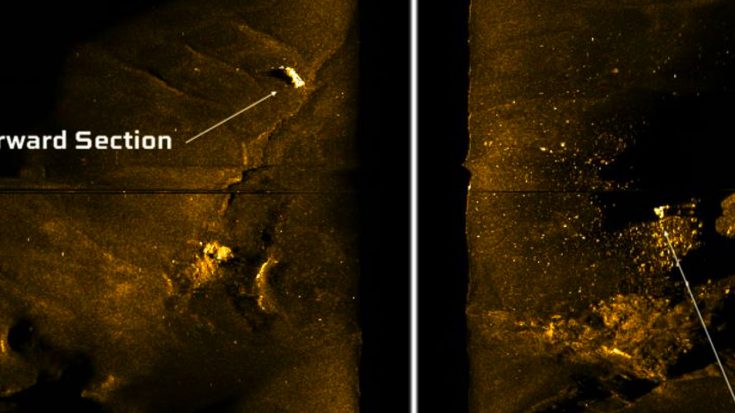 For 76 years the USS Juneau has been lost from the world until a recent expedition from Microsoft co-founder Paul Allen stumbled upon its remains. The long-lost Light Cruiser paid the ultimate price during the Battle of Guadalcanal and over 680 lives were lost. The discovery of this sunken ship is still new but the undersea expedition has released some images and they are quite intriguing, to say the least.

The underwater exploration vehicle R/V Petrel has released the first high-resolution scanned image of the USS Juneau. The debris field is scattered across a vast distance with the forward section isolated from the bow and stern. Further exploration is being conducted on the lost vessel that earned its place in history thanks to The Fighting Sullivans

“But finding the USS Juneau on Saint Patrick’s Day is an unexpected coincidence that allows us to pay final respects to the Sullivan brothers and all the service members who were lost 76 years ago.”

USS Juneau CL-52 Half way through the last survey line we found the ship in its final resting place. More pictures to come.

This scan is merely the first look and no doubt other imagery will follow suit shortly. The undersea vessel has closer imagery from the USS Juneau provided in the following clip.