Imagine Being A Civilian, Shown This Footage, And Sent To War To Kill Or Be Killed 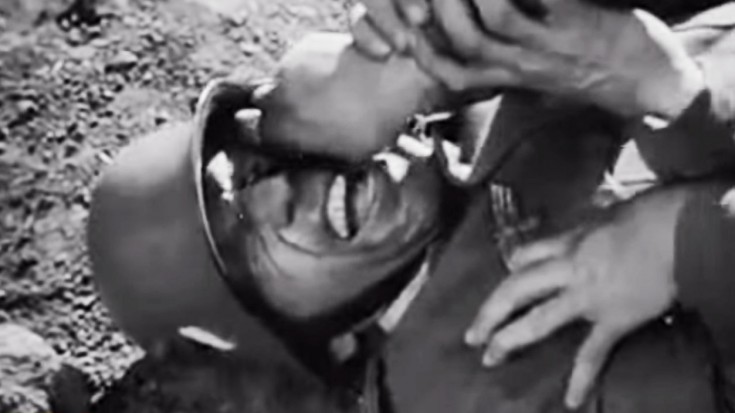 It Might Be Brutal, But The Narrator Is Absolutely Right

Clean, fair play and don’t kick a man when he’s down is what we’ve been taught, but as the narrator explains, “the rule book is buried and forgotten.”

Looking at this footage nowadays, it could be considered brutal, not politically correct and simply vile. The rules of engagement today are different and something so straightforward certainly shouldn’t be shown. There is a major difference though, and that is the fact that the whole world was at war and it needed to be won by the Allies at any cost.

During World War 2, approximately 10 million Americans were drafted into the army.

The straight to the point approach of this video was crucial since most soldiers who fought during the war were civilians one day and soldiers the next. There was no sugar coating it. They needed to be trained fast and effectively and realize the fact that fighting clean would most likely get you killed at some point. For a trained soldier that’s common sense. For a drafted civilian worker given a knife and a gun it is not.

Watching this video really emphasizes the nature of this war and drives home the importance of remembering what should be avoided in the future.