Imagine Being On The Receiving End Of This MG 42 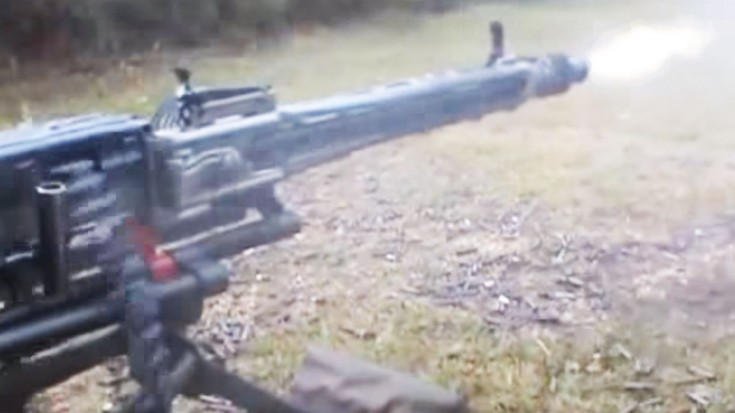 One Of The Deadliest Weapons Of World War II.

The MG 42 is a machine gun developed by Nazi German during World War II. Used most effectively for suppressing fire, their cyclic rate of 1,200 to 1,500 rounds per minute was the Allies’ worst nightmare. At 25 lbs., they’re easy to transport and are known for their reliability, durability, simplicity and ease of operation. Also, they were easier to produce than previous versions of the gun, so from their inception 423,600 were built.

With such high rate of fire, the MG 42 muzzle made a specific sound that gave the gun the nickname “Hitler’s buzzsaw.”

These guns were so effective and so feared that during World War II the United States had to prepare their soldiers for it. Special training videos were made by the Army to prepare them for the psychological effects of facing that gun in battle. Something they did more often than not.

Anytime Allied troops were heading towards a German position or raiding a stronghold, they were met with the sound you’ll hear in this video. In front of that sound of course were 20 bullets flying toward you every second. No wonder these guys needed extra training and preparation for that.