In Light Of Recently Stolen Plane, A Drunk Guy Did Similar Thing With A B-25 Mitchell 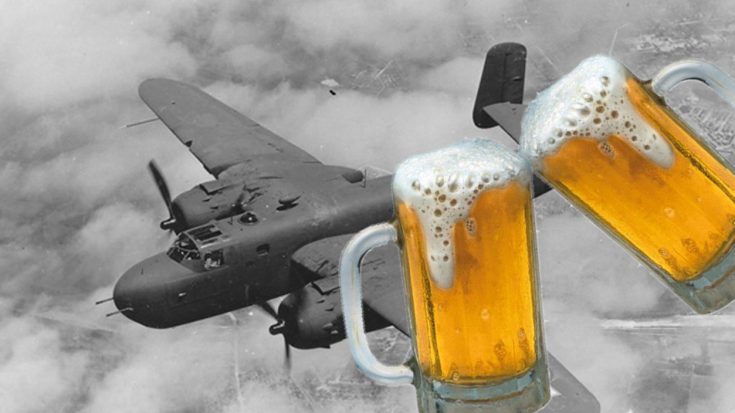 The craziest aviation story circling around news networks and social media is of Richard Russell, who on August 10th, 2018, stole a two-propped aircraft from the maintenance hangar and took it for a 70 minute joyride. A man responsible for directing aircraft and baggage handling, he did loops and barrel rolls before taking his own life by crashing into a wooded area near the airport. You can read the full story here.

In light of this nearly unbelievable story, we remembered a similar one from 1965 although it was not suicidal. Also, booze was involved.

According to a HonoluluAdviser article published in 2010, Jim Ashdown was downing drink after drink at a couple different Honolulu bars when, according to an official account, he got “an urge to fly again.”
Jim was an F-100 Super Saber pilot during the Korea War who flew with the 199th Fighter Squadron. How he knew how to fire up an old prop plane like the Mitchell is unknown, but his nickname “Crashdown” would indicate he was a good pilot simply because he was still alive.

Here’s a link to the official story published in 2010.

Admitting later he was “pretty buzzed,” Ashdown flew around Waikïkï, for some time, alerting ATC workers as he buzzed the tower and nearby hotels and houses. His joyride ended when he hit an unlit radio tower but managed to nurse his damaged B-25 back to the runway (you can see the picture it below.)

He was greeted on the ground by 40 police officers and was promptly arrested. Unlike today which would most likely be considered an act of terrorism, Ashdown was given five years probation and got stripped of his wings.

No more, no less.

What collaborates the story is the official record of said B-25 on the warbird registry. A massive and thorough database off warbirds, this is definite proof that this unlikely story actually happened. Here’s the screenshot of her life.

It seems like this aircraft had quite the history. From being a film star to being in other accidents, we feel like the highlight here is the sentence, “Stolen by intoxicated pilot, flew low over Waikiki at night.”