In Light Of This Weekend’s Oscars, Here Are All The Movies That Won During WWII 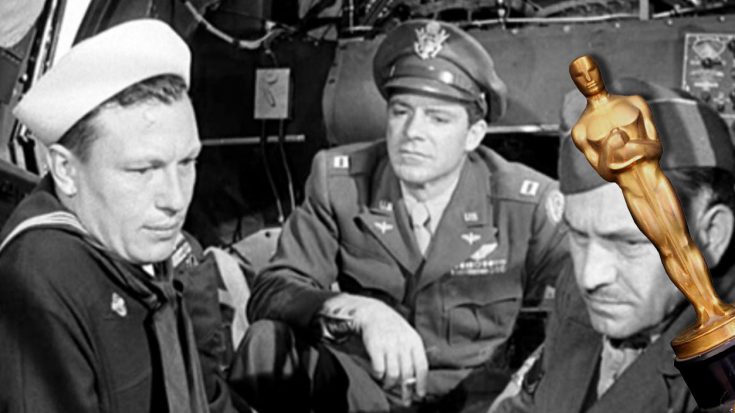 The Academy Awards, commonly called the Oscars, date back to May 16th, 1929. This annual event celebrates people involved in the film industry and recognizes top artistic and technical talent by gifting a golden statuette to winners.

This tradition didn’t stop during the turbulent years of World War II. Although time, people and resources were scarce, artists were still able to put their thoughts on paper and subsequently on film. As a matter of fact, some of the most iconic movies came out during those years as producers, directors and actors captured the dark sentiment of the times on screen.

Based on a novel of the same name, Gone With The Wind is a romantic drama about a southern belle falling in love during the troubled times of the Civil War.

An Alfred Hitchcock classic, the story follows a young woman who marries a widower. Obsessed with her, the young woman tries to emulate the dead wife unraveling a dark story.

How Green Was My Valley follows a Welsh mining family during the 19th century and the life and death situations that way of life had presented to them and their village.

The story follows an English family during World War II trying to make sense of their diminishing way of life.

Perhaps one of the most famous movies to come out of that era, Casablanca is a classic cat and mouse, espionage love story tied in with World War II.

A story of an easygoing priest going into a tough neighborhood to make a difference and deal with his past.

This somewhat dark drama focuses on writer Don Birnam who was sober for a few days. He goes to a bar and subsequently on a bender, recounting his dark past.

This dark drama follows the lives of Fred, Al and Homer, World War II veterans who struggle to adjust to civilian life after the war.

All these films are still known today. Despite the explosion of CGI and outrageous visuals, these were stories that still resonate with people now and also teach viewers about history.