In The 50s, Drones Were Used To Test A Very Dangerous Effect 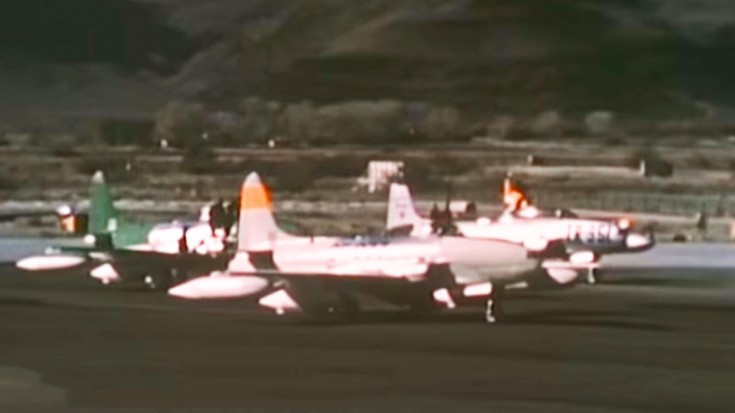 First of all, it’s sort of strange to even think that drones existed in the 50s. We hear a great deal about them today as they’re quite a controversial topic, but they’ve actually been around in one form or another since World War II.

In 1955 when this video was filmed, Lockheed’s P-80 Shooting Stars were converted to QF-80Ks, which were radio-controlled drones. Their mission? To measure the effects of a nuclear blast.

Dubbed Operation Teapot, atomic bombs were detonated in the Nevada Test Site to “establish military tactics for ground forces on a nuclear battlefield and to improve the nuclear weapons used for strategic delivery.” The drones were there to collect atmospheric data during the blasts, of which there were 14 in a course of 3 months.

As you’ll see, the drones were covered by easily identifiable and fire retardant paint so they could be easily identified and also survive the intense heat created by the blasts. They were rigged with a variety of sensors to collect all sorts of data, but not all of them made it though the blasts. Check out the video to find out some great facts you might not have known.