Ingredients Of The Best Flyby: Your Own P-51 And Airstrip 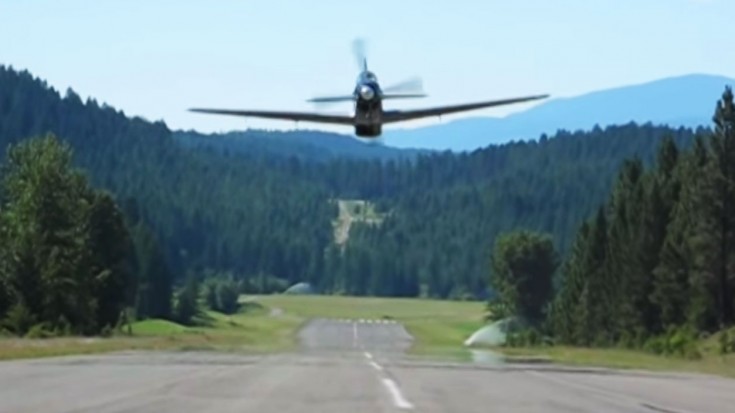 Imagine Having These Warbirds And The Space To Fly Them!

Life can be boring at times, so people tend to devise different distractions to keep themselves occupied. Some swim, some play competitive curling, while others love to collect things. One can collect anything from stamps to license plates, but when you have a bit more money, or a lot more money, you can also collect planes. Cool ones at that, like the P-51 Mustang for example. A gentleman in Montana who has money and good taste when it comes to World War II warbirds, brought us this footage that might make some of you jealous.

The P-51 Mustangs are considered the best fighters of World War II because of their range, maneuverability and speed.

Among the planes owned by this man are some of our favorites including this P-51D Mustang, P-40 Kittyhawk and wait for it, a Chance Vought F4U Corsair. That’s an impressive World War II collection. In addition, he’s got his own airstrip and golf course with acres of land, meaning he can take his babies for a spin and do as he pleases, for the most part of course. Hope you enjoy this guy’s antics. They’re really awesome!