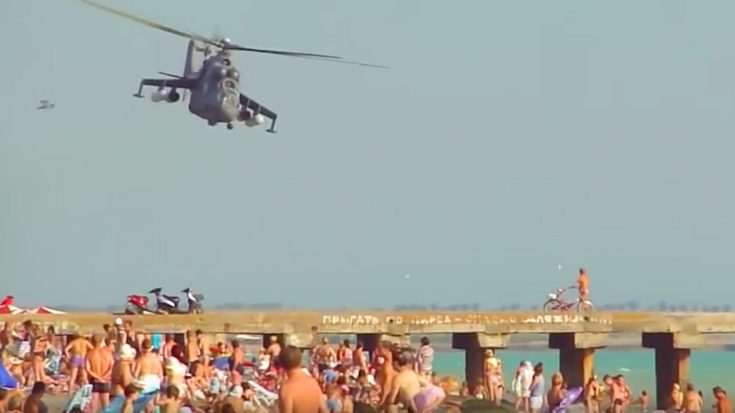 A day at the beach is always a great way to relax and forget your stress. The sound of the waves, the sun in your eyes, the wind in your hair. But then suddenly there’s a lot more wind in your hair and sand when a helicopter buzzes just over your head. It’s something that sounds ridiculous but it actually happened in Russia.

A Russian combat helicopter appeared out of the blue and came in for a low pass over unsuspecting beachcombers. The look of shock on their faces says it all as their beach days turned around and became the talk of the town. The families are in awe as this helicopter speeds over the beach and dip down. Not only is this display unprofessional but someone could have gotten seriously injured if something went wrong.

So check out this military helicopter as it takes a trip to the beach with all his family and friends. It’s a Russian combat aircraft, after all, they are not exactly known for respecting no-fly zones.