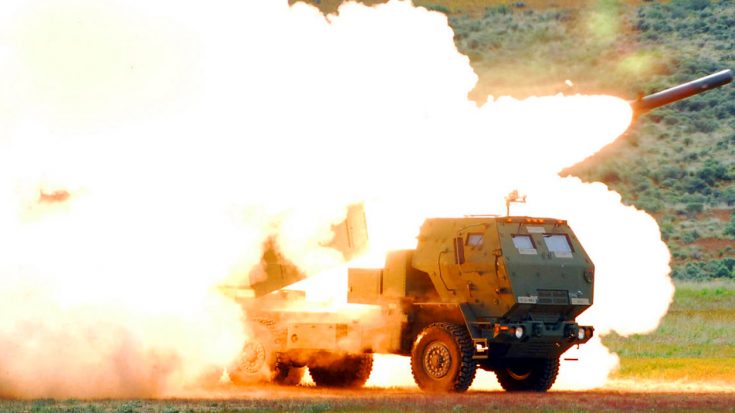 Enemies of the United States Military continue to threaten peace and destabilize foreign countries. In a perfect world, diplomacy would be able to resolve every conflict, but that isn’t the case. So in an imperfect world, we have the High Mobility Artillery Rocket System (HIMARS) to help keep the peace.

The HIMARS was first launched in 2005 and since then it has accumulated more than one million operational hours in combat. This highly advanced rocket platform is capable of hitting targets over 180 miles away with a destructive payload.

Talking up the HIMARS is one thing, but seeing it do its thing is another. Check out this awesome video clip of the High Mobility Artillery Rocket System blasting the hell out of heavy combat vehicles.