Inside the B17 Bomber-Gunner Seat 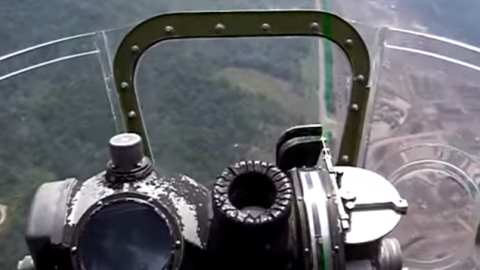 The Boeing B-17 Flying Fortress is a heavy bomber which was a formidable weapon against its enemies. Construction techniques for the Boeing 247 were also used during the building of the B-17 prototype. Of all the other bombers during World War 2, this is possibly the most popular. Over the course of its ten-year production run, it has undergone several changes and improvements. It has been refined time and again which earned it the respect of all the other combatants.

Even from the start, this was conceived as a strategic weapon and could withstand heavy damage. Instead of an open cockpit, B-17 was built with a flight deck.