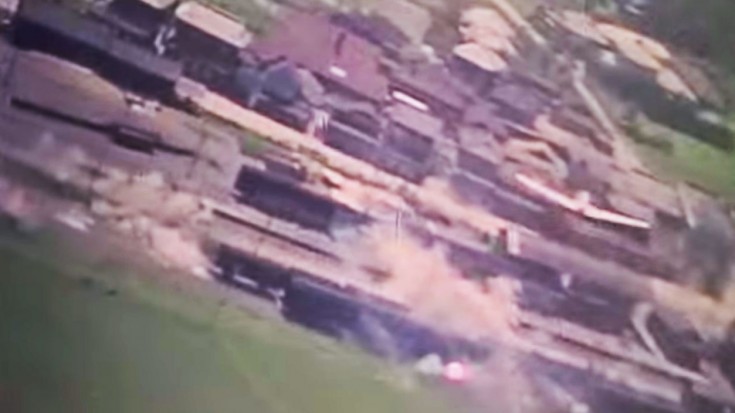 During the later years of World War II, the combined Allied forces organized a strategy to bomb any and all of Nazi Germany’s supplies. This included destroying supply trains, factories, roads and bridges. The plan was to beat the Axis by choking their ability to feed their war machine, as opposed to beating them by brute force and man power. This in essence saved a lot of lives on both sides of the conflict.

The word ‘strafing’ comes from the German word ‘strafen,’ meaning, ‘to punish’.

The U.S. used bombers to destroy massive targets whereas the P-47 Thunderbolts were the predominant aircraft of choice for strafing missions. They were used in taking out trains and small manufacturing plants as well as field artillery. What makes strafing particularly dangerous is the planes exposure to ground fire. As strategic targets were well protected in the event of an attack, pilots would typically come in under heavy fire. In addition, some fighters were lost due to exploding debris from destroyed targets as they needed time to recover from their dive and sometimes flew right into it.