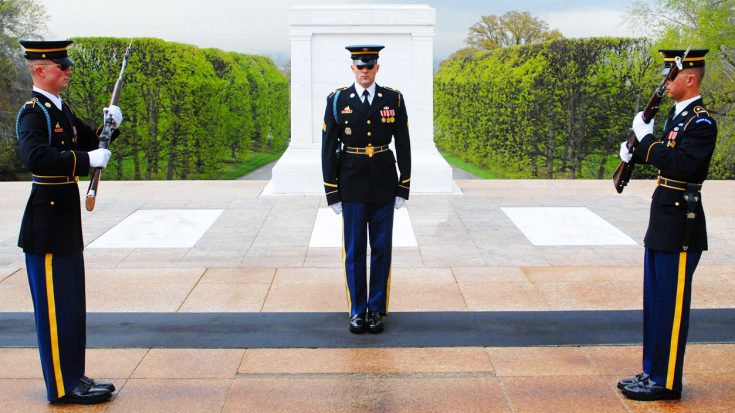 It’s All In The Details.

We’re sure that most of you who visit our site know what the Tomb of The Unknowns is. Located in Arlington National Cemetery in Virginia, this memorial honors the soldiers who have died without their remains being identified. It’s a place of solace. It’s a place of honor.

There are many things people don’t know about in terms of what this place actually entails. When you go there, you see the precise walks and changing of the guards, but there are many things happening behind the scenes that no one really knows about. That’s why we find this video so enlightening.

Here’s the routine you can see when you got there which is performed day in and day out:

There are things that they spend time on that you can’t even see, however. As you’ll find out in the video below, they even shine the back of their badges that have been tarnished over time for example. It doesn’t matter that people watching them perform their daily duties can’t see that. They know it, and that’s what counts.

They want to pay the utmost respect to those who gave up their lives and even identities, and for that, we’d like to thank you.