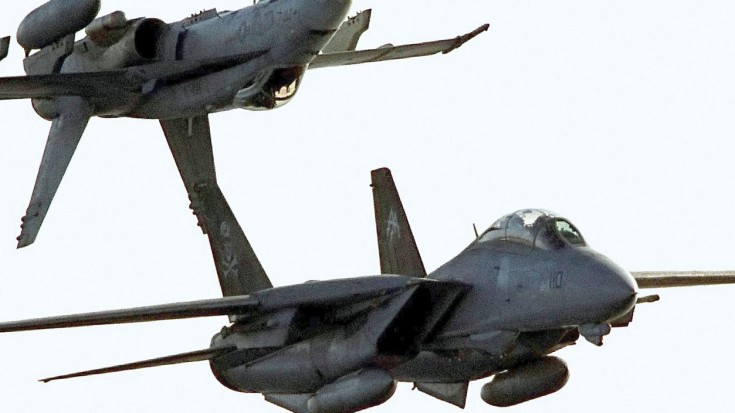 This is one of the most epic flybys we’ve ever come across and believe us, we’ve seen a lot of them. It’s kind of our job (yeah, we know we’re lucky.) The only thing that hurts us a bit is the quality of this video, but consider it was taken back in 2006, so go figure. Either way, you can still clearly see what’s going on and it’s pretty spectacular.

The video was uploaded on July 18th, 2006 and although we don’t have any other information, we can assume some of what transpired.

Our beloved F-14 Tomcats were retired from the United States Navy in September 2006. F/A-18E Super Hornets were replacing them but of course there was a transitional period when both of them frequented carriers at the same time. This was that time.

These jocks were probably giving the crews of the ships a nice pre-retirement show. What better way to do so than have the newcomer inverted and inches from the jet they’re about to replace. We may be wrong, but if we know anything about Naval aviators, is that they’re the craziest breed out there.