Is This Antarctic Mystery a Secret Base? 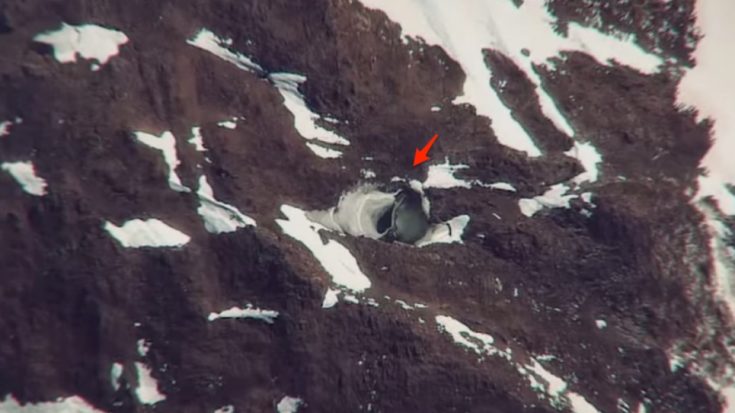 Could you believe that somewhere in Antarctica, there are Nazi bases? There’s a lot of weird stuff that went on during WWII. And we do know that there were numerous expeditions to Antarctica at this strange time in history, but it seems the closer we get to the mysterious ends of the earth, the more we get into murky conspiracy theory territory.

This video speculates that a massive, cave-like entrance seen on a satellite image could be an off the record, super large, steel-plated fortress. At 66°36’12.7″S,99°43’11.0″E, the image certainly draws the eye. Perhaps it was a gargantuan mechanical plate that maneuvered to enclose the base.

But Dr. Colin Summerhayes, a polar research specialist, dismisses the proposition. It’s far too large to be manmade, he says. How would it get there? Arctic conditions must be factored in. The logistics, realistically, just don’t match up.

A quick google search of the coordinates will yield more bizarre results: a half buried UFO or an alien base related to Operation Highjump, the 1946-1947 U.S. Navy expedition organized by Rear Admiral Richard E. Byrd. Some accounts make mention of speedy, destructive aircraft attacks on the expedition. One theory even suggests Hitler faked his death and snuck off in a submarine to Antartica.

But these theories do not get the benefit of the doubt. If someone would kindly fly a drone over there and give us a tour of this odd hole, I’m sure we’d all like to see what’s going on.

And hopefully it’s not a thriving population of underground Arctic Nazis.

See the video below to stimulate your conspiracy theory thoughts!