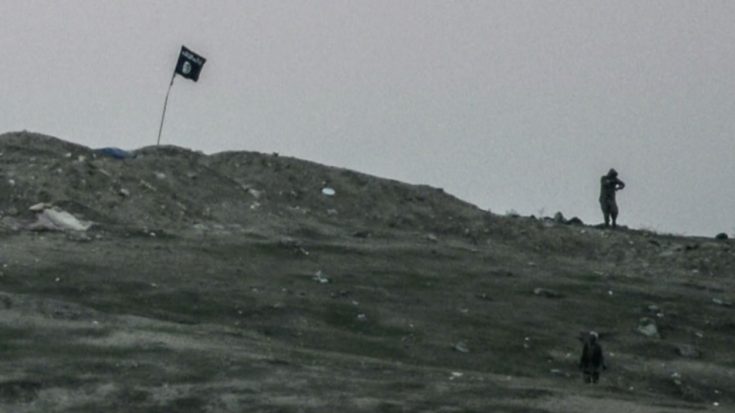 This footage is a bit dated as it came out a few years ago, but it doesn’t mean it shouldn’t be shown a few times here and there. It does, after all, teach us an important lesson.

Don’t make yourself visible if there are things with rockets or bombs looking for you.

The ISIS geniuses in this video learned it the hard way, and very briefly. As you’ll see, they put their little flag on top of a hill by the town of Kobane, Syria. They must have been celebrating overtaking their hill or something but didn’t realize they were being watched. If they weren’t watched though, they certainly made their presence known by putting that flag up.

They then proceeded to walk casually down the hill, but wait, they then started running. Did they hear something? Yup, they did.

It was a little late, however, because a bomb hit their newly placed flag dead center. The blast engulfed the hill and the dudes that put up the flag, sending one flying down the hill.