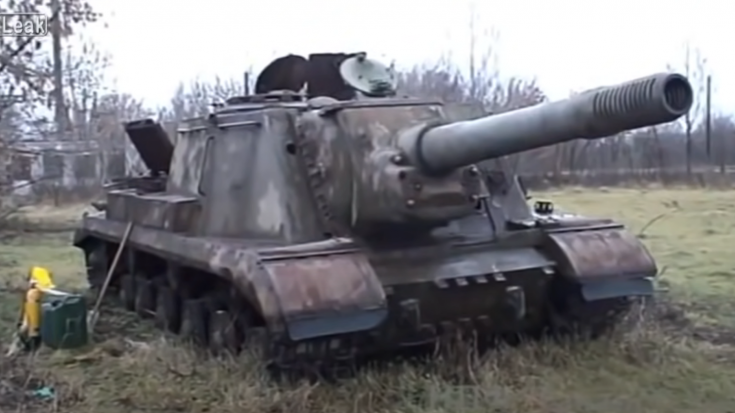 The Beast Killer Wakes Up

With this powerplant, the ISU-152 can reach a speed of 18.6 mph and an operational range of 105 miles. Moreover, the tank came equipped with a 155mm gun, a 12.7mm AA heavy machine gun over the hull roof, and another coaxial 12.77 machine gun.

Essentially, these Beast Killers – as they were called, were a modernized version of the SU-152s. They were used for fire support, self-propelled artillery, and tank-vs-tank engagements.

Though its best days are definitely behind it, this ISU-152 found in a Ukrainian village can still move and start its engines 65 years later.

Today, the tank resides at Svente Manor and the Museum of Military Vehicles in Latvia after undergoing a complete restoration.