It Is Really Ugly But It Almost Replaced The F-35 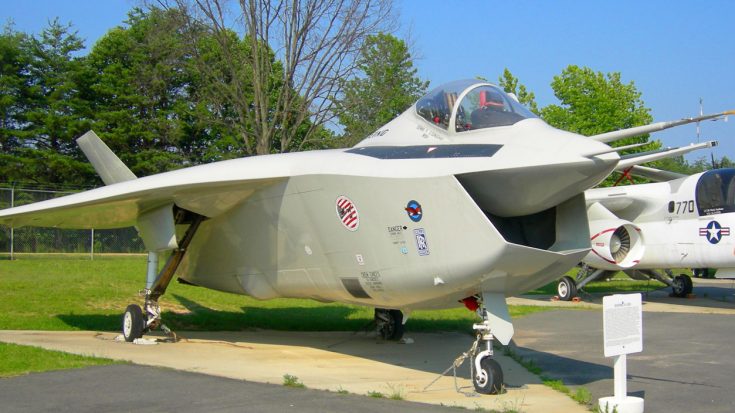 This jet won’t win any beauty contests, we can all see that. It would have been very embarrassing for enemies to get gunned down by a jet that looks like a slack-jawed pelican. The odd truth is that the Boeing X-32 could have been in the shoes the Lockheed-Martin F-35. So what happened to the X-32?

In 1993 the United States was looking to move beyond their fourth-generation fighter jets. DARPA initiated a development program called the Common Affordable Lightweight Fighter project (CALF) to create a jet that would replace lighter weight attack aircraft. A few years later this initiative would evolve into the Joint Strike Fighter Program.

As per tradition, Boeing was in direct competition with Lockheed-Martin to create the new universal fighter for the United States military. They were awarded $750 million each to develop a new fighter and prohibited from spending their own money for fear of bankrupting themselves. The companies got straight to work, Lockheed-Martin began the F-35 program and the Boeing launched the X-32.

The X-32 went into trial runs in 1999 at Edwards Air Force Base but unfortunately tests were cut short due to issues with the fuel lines. Ultimately the Joint Strike Fighter Program would award its contract to Lockheed-Martin and the F-35. The slack-jawed Boeing X-32 now sits in an air force museum, but you can see the video of when it took to the skies in an attempt to be America’s next big fighter.