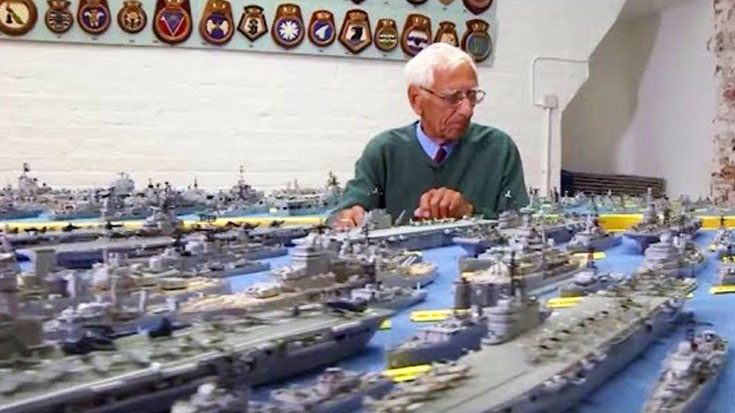 Philip Warren grew up in Great Britain during World War II and developed a fascination for warships he saw on a daily basis. In 1948 he was inspired to recreate a naval vessel using only matchsticks as building materials. Warren thought that one ship would satisfy his urge, but he was mistaken and has now spent the past 70 years building Royal Navy ships from matchsticks.

At age 87 Phillip Warren has built all 484 naval vessels that served in the Royal Navy since 1945 and shows no signs of slowing down. He has recreated every class of warship used by the Royal Navy and recently completed their new supercarrier the RMS Queen Elizabeth which took him eight months.

“I taught myself all the way, I did get hints and tips from other model makers but the whole technique I developed on my own.

This impressive collection of matchstick vessels have found a home at the Nothe Fort Museum. Phillip Warren loves sharing his passion for WWII history with the masses and has no plans to stop recreating these ships. He took the time to sit down with Forces TV for an interview which you can see in this clip.