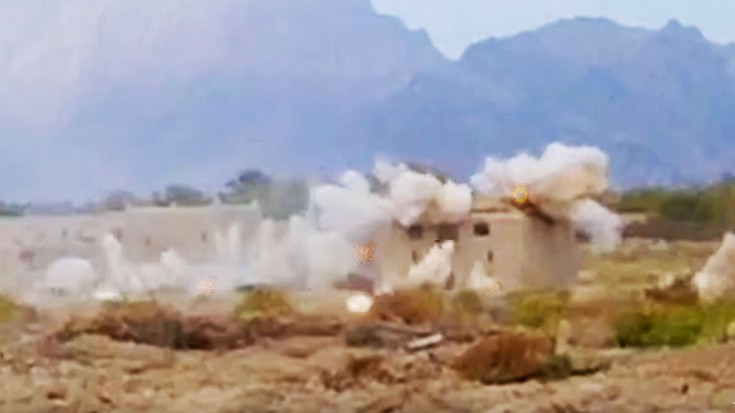 Wouldn’t Want To Be There When That Happens.

Due to the rise in popularity of GoPro cameras, nowadays we get to see and experience a million things we otherwise couldn’t have. From deep sea fishing to scaling mountains, people can now take us with them where ever they go. This includes wars as well.

This footage was taken in Afghanistan by U.S. ground forces. Taking sniper fire from a remote building in the distance, these guys found themselves in a tricky spot. With so much open space between them and the building, storming the structure could have disastrous consequences. For this reason, they did the safest thing they could; called for air support.

We all love that “brrrrt” sound the A-10 makes, but the F/A-18’s sound is not bad, just far more high pitched.

Although your favortite CAS plane wasn’t around, Hornets can do a fair amount of damage as well. With their 20 mm 6-barreled Vulcan nose cannon, those rounds cut through buildings like butter too. Also, they actually have a higher cyclic rate than the GAU-8, able to shoot up to 6,000 rounds per minute.

After the initial strafing run, the video editor repeat the action a few times while zooming in. If you wait till the end though, you’ll be able hear the Hornets gun. It sounds pretty awesome too!