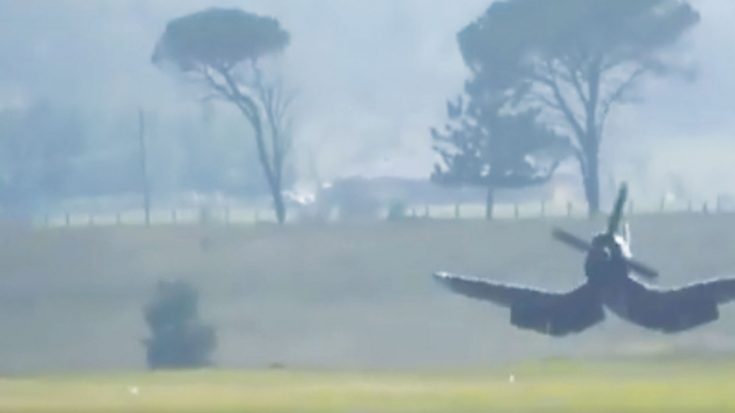 She’ll Be Back Up In No Time.

In January of this year, spectators attending the Hunter Valley Airshow in Australia saw something that is not typical for such an exciting event. A Corsair approaching a grassy field with its wheels up.

According to local reports, the pilot was unable to extend the landing gear of his Chance-Vought F4U-5N Corsair, forcing him to make a gear-up landing. Picking out a nice, soft piece of grass, the pilot (by public records we think it was Graham Hosking), the pilot laid her down as gently as can be.

Fun Fact: During the Korean War, the Corsair was used almost exclusively as the fighter-bomber plane.

Although the prop struck and turned once as you can see, the damage to the body seemed to be minimal. We dug around various Australian sites for more information, but none are given at this time. We did hear however that the pilot was unharmed.

With a soft, gentle landing like that, it makes sense.