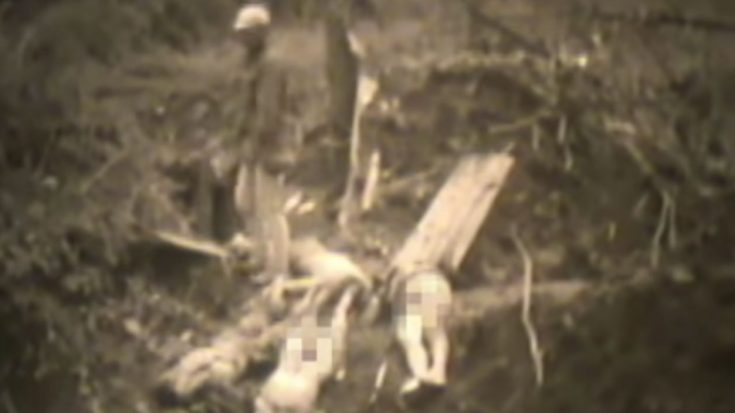 When an army ravages across an enemy nation the term “take no prisoners” is often echoed, but sometimes the prisoners have it the worst. As the forces of Imperial Japan conquered the nations of eastern Asia they took many women prisoner and forced them into sex slavery often called “Comfort women.” For decades Japan has denied that these war crimes took place, but new film has emerged to provide evidence of the atrocity.

The Rape of Nanking is the example history uses to point on the war crimes of Imperial Japan during World War II. More than 300,000 residents of Nanking were killed and women as well young girls were forced to be sex slaves for the Japanese soldiers. Despite the denials of this sickening practice from Japan a team of researchers from South Korea has uncovered film evidence of this.

The footage shows a mass grave of naked female corpses discarded after being used and killed by Japanese soldiers. It was found in a film archive and was made by a member of the U.S. Army Signal Corps’ 164th Photographic Unit.

“Due to a long-standing dispute over Japan’s wartime sexual slavery, it became crucial to come up with evidence. This video clip will strengthen the admissibility of evidence behind wartime sex slavery.”

Japan has been reluctant to offer an apology to surviving comfort women or acknowledge their war crimes. However, this film may finally force their hand on the situation. Be warned, it is very graphic.