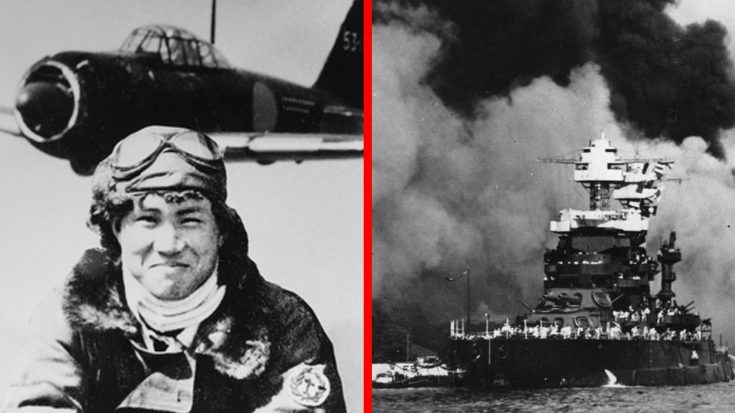 December 7th, 1941 is a day that will live in infamy as the Japanese Navy launched their attack on Pearl Harbor and dragged America into WWII. 2,400 US Navy crewmen lost their lives in the attack as ships sank into the clear waters of Pearl Harbor. One of the ships sunk that day was the USS West Virginia and the pilot who sunk it, was shocked to find himself fighting it again years later.

Takeshi Maeda trained to be a fighter pilot in 1938 for the Japanese Navy, where he conducted daily torpedo attack drills. In 1941 he learned his group was set to attack the fleet at Pearl Harbor, he was reluctant but agreed. Maeda launched the killing blow against the USS West Virginia causing it to sink beneath the waves, but it turns out it wouldn’t be his last encounter with the vessel.

In May of 1945, Takeshi Maeda joined an attack against the US Navy as their fleet massed near Okinawa. To his complete surprise, he found himself in a battle against the USS West Virginia all over again.

As it turns out the Captain of the USS West Virginia counterflooded the starboard side of the ship so it would land flat when it sank. The ship was taken from the bottom of the Harbor and underwent repairs before it would join WWII in late 1944. Takeshi Maeda speaks about his attack on Pearl Harbor and the shocking reunion with the USS West Virginia.