Japanese Zero Starts Up and Takes Off 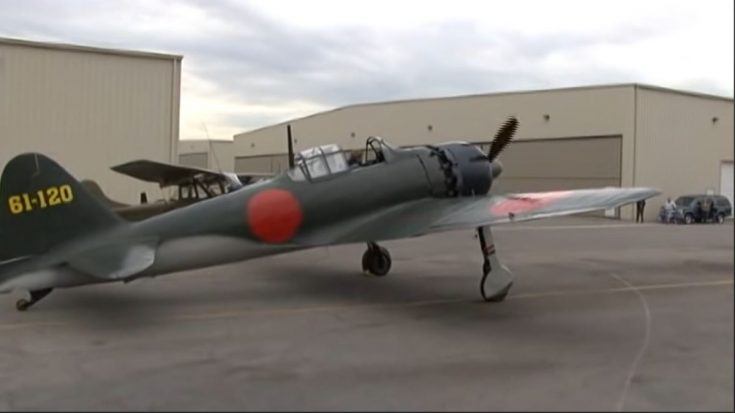 Japanese Zeroes are one of the most iconic aircraft during World War II. They’re long-range carrier-based fighters that were operated by the Japanese Imperial Navy between 1940 to 1945.

Watching an actual (and still flying!) Zero is an absolute thrill because it’s the rarest of all flyable warbirds. The plane was owned and flown by the Planes of Fame Museum in Chino, California.

Even more impressive is that it’s the only World War II Japanese aircraft flying that still has its original engine intact, the Sakae 31, 14-cylinder radial.

During the engine start-up, you’ll notice that it may not be the usual thundering sound you’d hear from its American and British contemporaries, but you can definitely hear its original sound, which was really raw and untamed. A rare historic sound indeed!