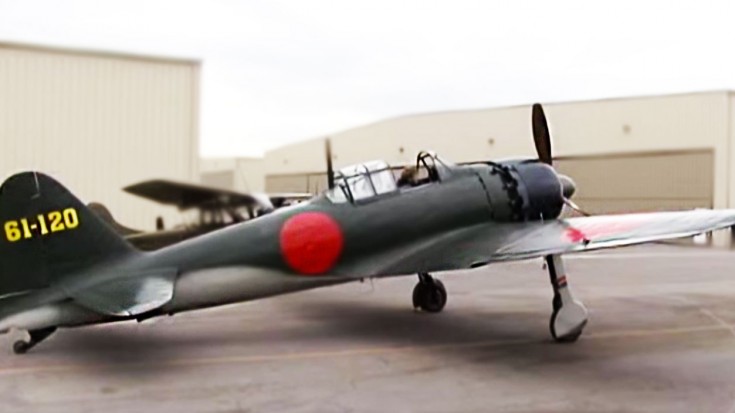 This one is out of the Planes of Fame Museum in Chino, CA. It is said to be the only flying Zero at the moment, so it’s a real treat anytime you can see or hear it fly. The Zero was one of the most respected warbirds of its time with its speed, agility, and firepower. This Zero still has the original Sakae 31, 14-cylinder radial engine.

Of course one of the drawbacks of the Zero was its lack of armor. In order to be as quick and agile as it was, the aircraft had to be light and therefore became very vulnerable to opposing aircraft. Also, it’s important to mention that they lacked self-sealing fuel tanks which often meant the Zero would become a fireball when hit.

One thing for sure is, we think the Zero is a beautiful aircraft. When you think of a warbird, there’s nothing crazy or abstract about this plane. Just pure flying and attack mode.