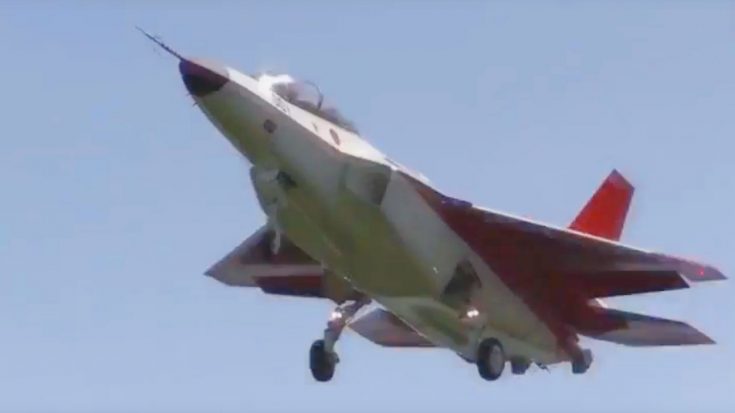 Japan’s Mitsubishi X-2 Shinshin is a beautiful fighter jet that could soon be their greatest hope against China. The development program is advancing towards completion and Mitsubishi hopes their new jet will also be attractive to customers on the international market.

The idea for this jet came about as when Japan attempted to purchase F-22 fighter jets from the United States. However, the US Military canceled the order fearing Japan would reverse engineer the stealth technology which resulted in Japan creating a stealth fighter of their own.

“On specific programs, the US is far ahead and they don’t need us at the moment. After we have accumulated some of the skills then the US will be a future goal.”

The fighter is facing production pressure as threats escalate against China and North Korea. Footage of the X-2 in test flight is seldom seen since it is still in the prototype phase. Newly released footage of the X-2 Shinshin flying against other Japanese fighters as they race to the finish line to be deemed combat-ready against enemies.