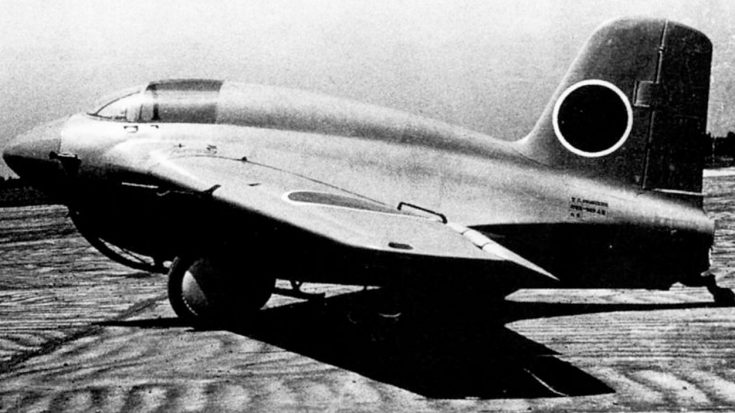 At first glance, the Mitsubishi J8M Shusui looks like a copy of the Messerschmitt Me 163 because it essentially is one. The Japanese felt the threat of B-29 bombers launching assaults over their land and they needed a solution. After hearing about Germany’s high-speed interceptor the Me 163, Imperial Japan wanted rocket-powered fighters in their arsenal.

Imperial Japan purchased a licensing contract from Messerschmitt for 20 million Reichsmarks in order to recreate the Me 163’s technology. The Shusui flew speeds nearly reaching 600 mph, climbing rapidly to attack high-altitude bombs using its 30mm cannons. The idea was solid at first but soon Japanese test pilots found the plane hard to control, used dangerous rocket fuel and actually halted experiments on the J8M after a pilot lost his life while attempting to land. They suffered the same problems with the J8M that the Germans did with the Me 163 Komet.

Like many weapons of the Axis Powers, the J8M came too little too late to change the outcome of the war as atomic bombs were dropped on Hiroshima and Nagasaki shortly after. Ultimately rocket-powered aircraft were too unreliable and too dangerous to be utilized properly and the world transitioned towards much more reliable jet engine technology.