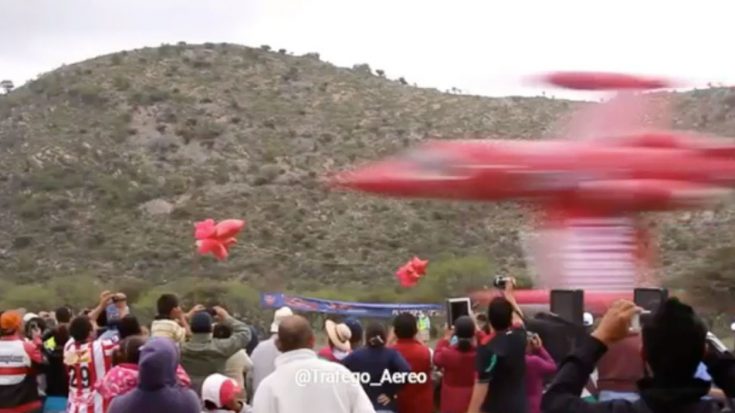 This Guy Had To Be Somewhere.

We’ve been following the Instagram channel called Combat_learjet for a while now and we’ve gotta say, this person compiles some pretty epic aviation footage. From military jets to commercial airliners, if it’s fast, low or simply unbelievable, this channel has it on there.

The only thing we know for sure is that this is a Learjet. You can tell by the engine placement and tail.

You know, if you can even catch that because this pilot appeared to be late for something.