Joy Lofthouse, 92, Gets To Fly Her Favorite Spitfire After 70 Years 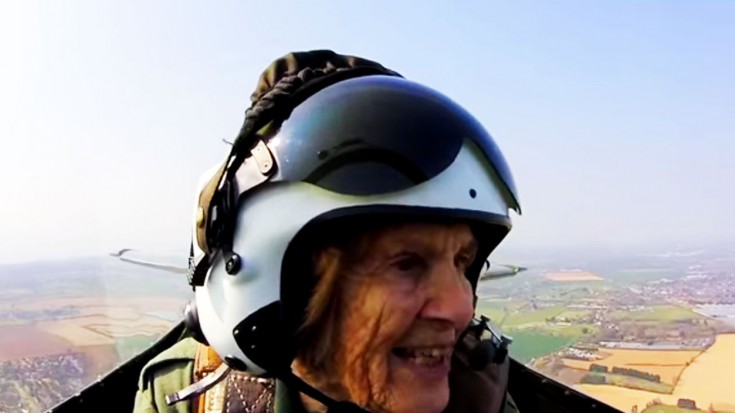 Joy Lofthouse was one of just 164 women that were in the Air Transport Auxiliary in the Royal Air Force. ‘Atagirls’ as they were called, were responsible for transporting planes between factories and military airfields and sometimes even the front lines. Joy recalls sex discrimination to be non-existent back in those days, as pilots were needed no matter the gender.

I feel excited but aware of my age so hoping that things go ok. I’m not as confident as I was when I use to fly them alone when I was young.- Joy Lofthouse

As the Battle of Britain peaked, Atagirls were sometimes only given a half an hour to get familiar with a warbird they’ve never flown before, ultimately resulting in one in six casualties. Joy herself has flown over 30 different aircrafts, her favorite being the Supermarine Spitfire. She said she is really proud of being a World War II pilot and helping the Royal Air Force’s war efforts, especially because she was one of the few pioneers of women in aviation.